The Covered Bridge is located on the mountain's east side. It connects Indian Island in Stone Mountain Lake to the main land. At the Robert E. Lee Boulevard roundabout near the Grist Mill, take Covered Bridge Lane for about 0.28 miles (0.45 kilometers) to the bridge. 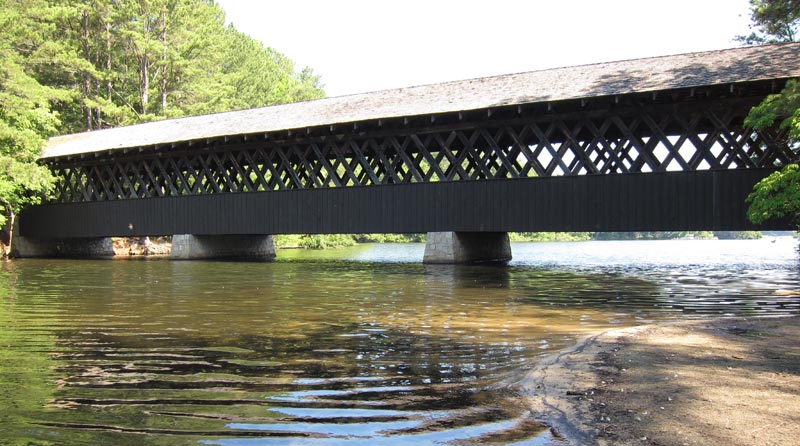 The Covered Bridge was built in 1891 by Washington W. King, who won the contract to build the bridge with a bid of $2,470. Mr. King also built the Grand Bridge at Watson Mill State Park and the Euharlee Creek Bridge near Cartersville. He was the son of the noted bridge builder Horace King, who was a freed slave. 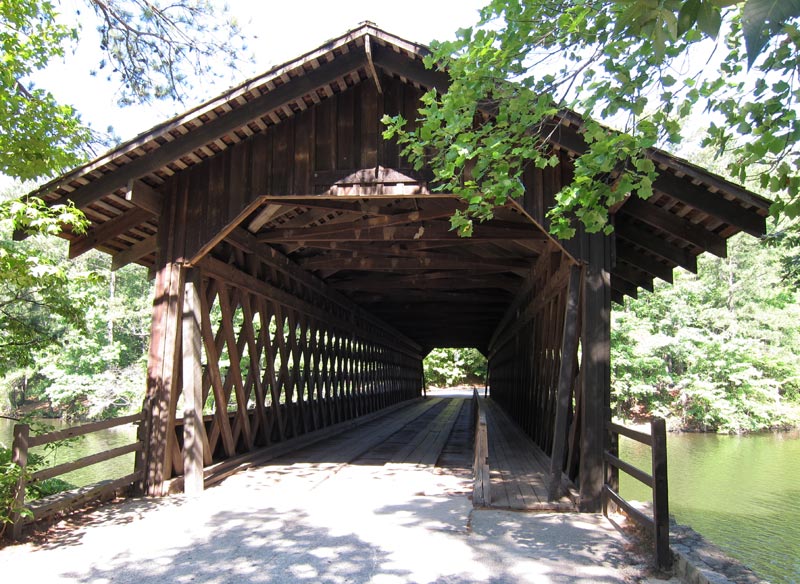 The bridge was built to cross the North Oconee River in Athens, Georgia from College Avenue to Hobson Avenue (33.969757&degN 83.377531&degW). It was known as the College Avenue Bridge and the Oconee River Bridge. It was also called Effie's Bridge after a nearby brothel. 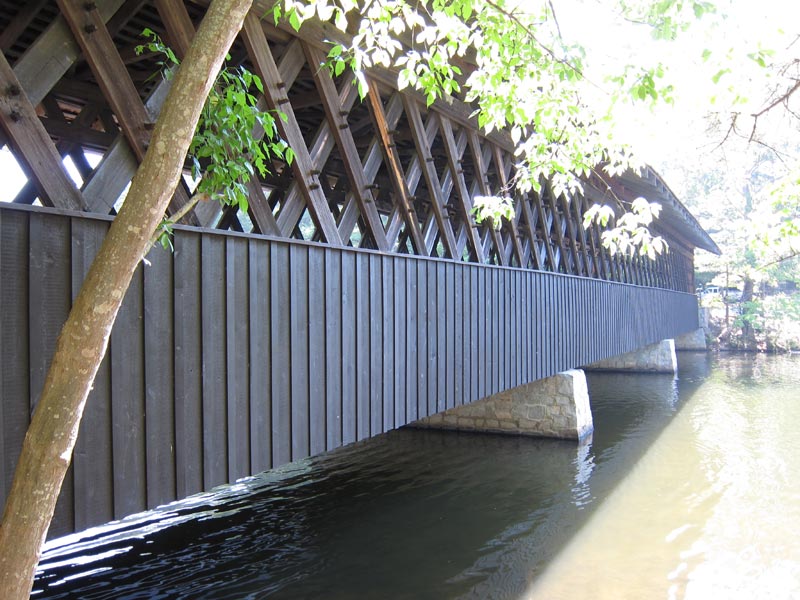 It was built of pine and cedar using the Town Lattice method. The bridge was originally 162 feet long and was shortened to 151 feet for installation at Stone Mountain. It is nearly twenty feet high and about thirty feet wide. 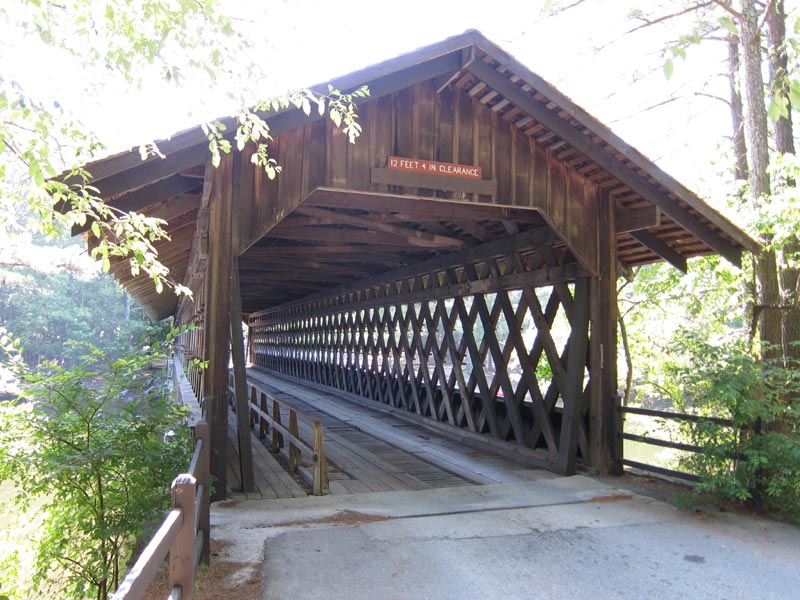 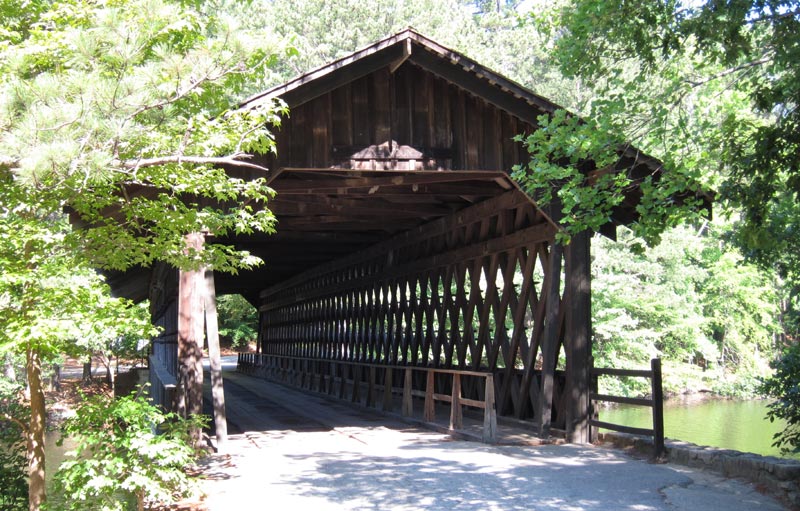 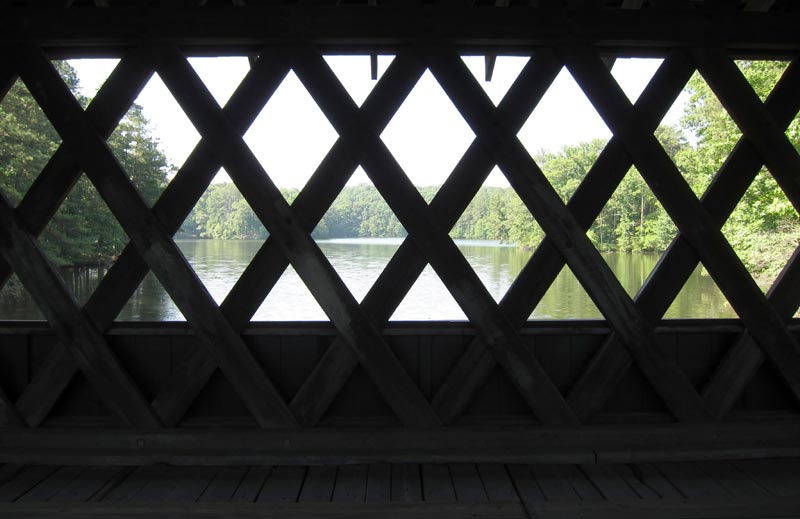 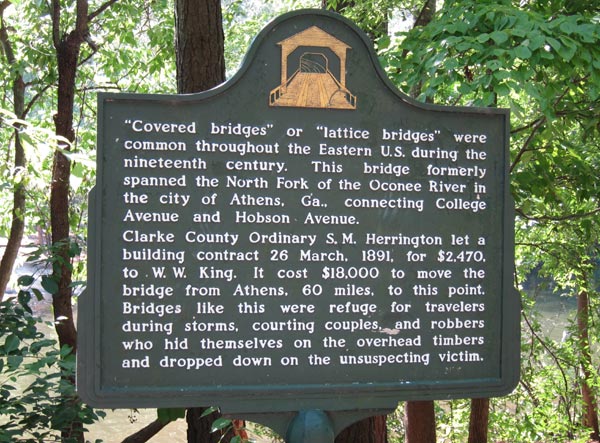 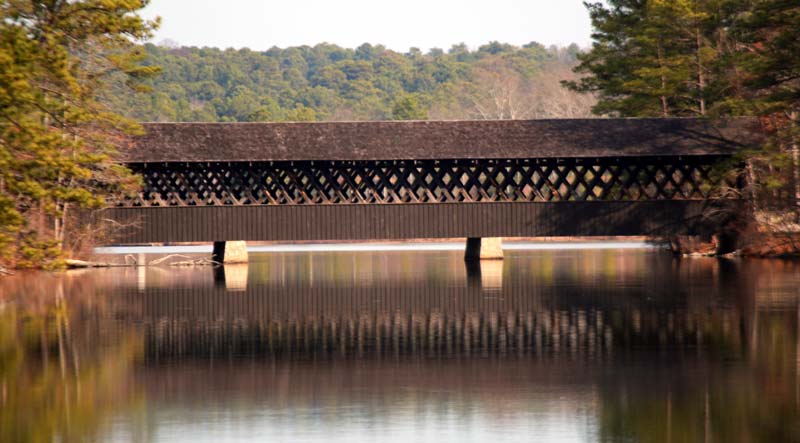 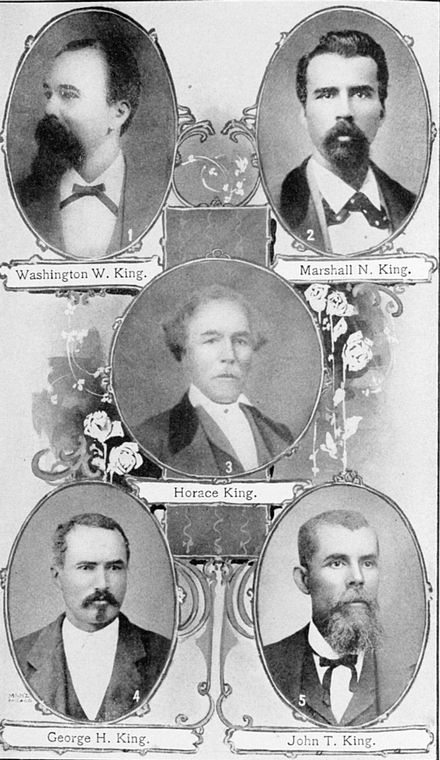