King's Trail is a hiking trail on Indian Island. The trail is 0.8 miles (1.3 kilometers) long. Starting at the parking area at the end of the Covered Bridge, it follows the northern and eastern shores and then cuts across the center of the island back to the parking area. The trail is marked with purple blazes. 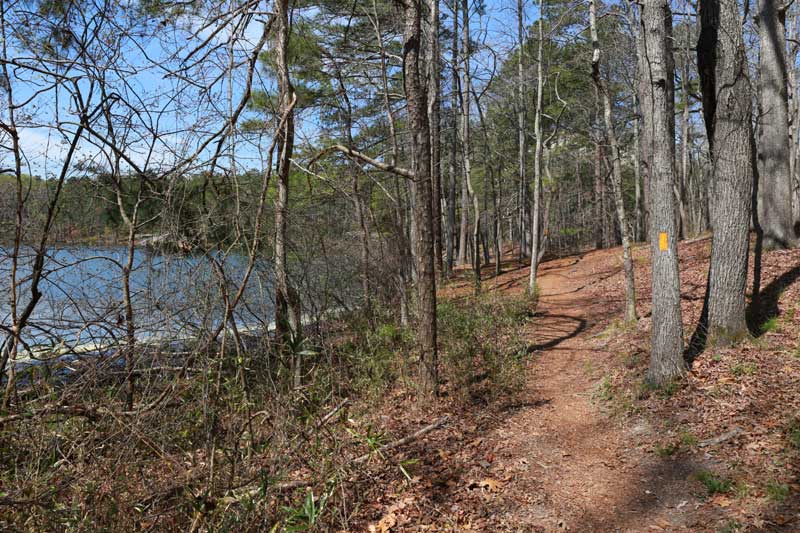 King's Trail is named for Mr. Washington W. King, who built the covered bridge in 1891 in Athens, Georgia, before it was moved to Stone Mountain seventy years later. 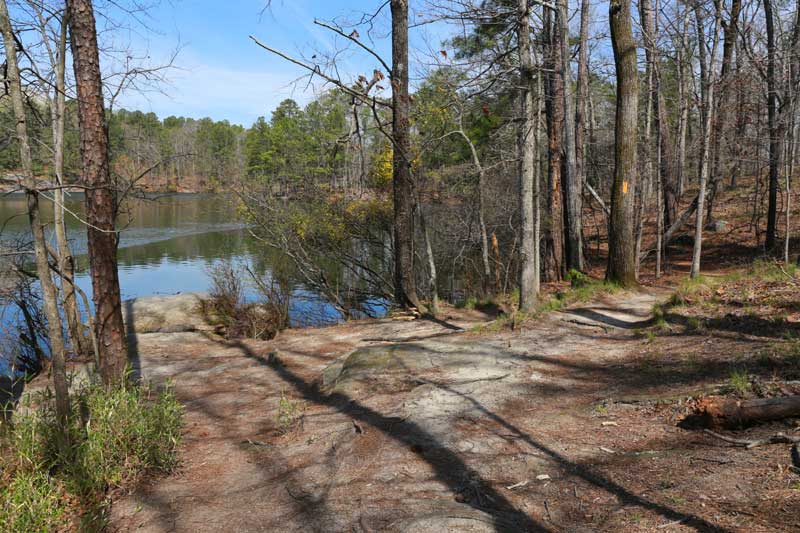