After years of quarrying at Stone Mountain, a lot of infrastructure had been built. Most of it was removed after quarrying ended in 1978, but some still remains. The most obvious evidence of quarrying is of course the massive quarries to be found mainly on the east end of the mountain. 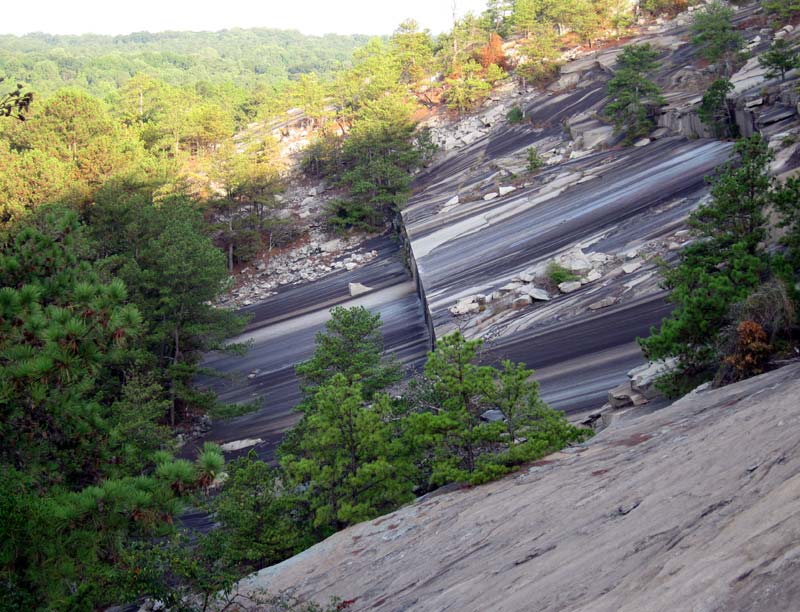 There are also many smaller quarries all around the mountain.

Further evidence of quarrying be found in many drilled holes. 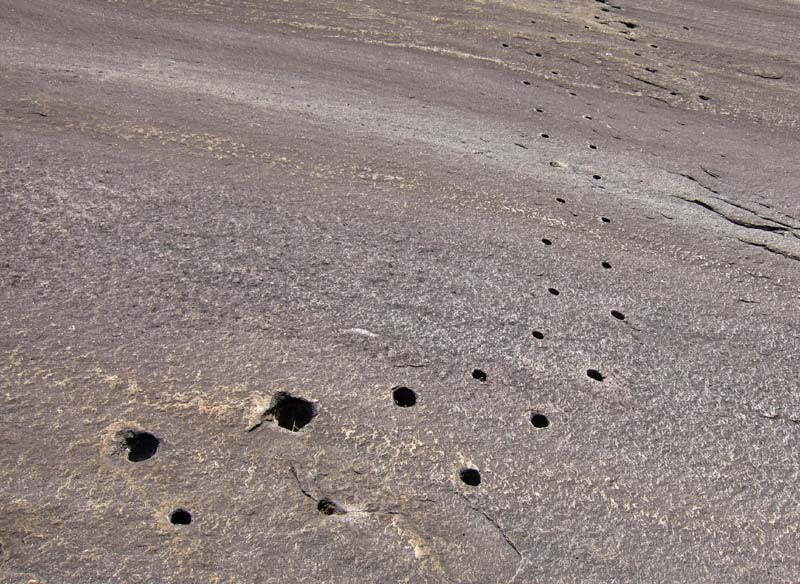 Occasionally wedges ("plugs and feathers") were left in the holes. 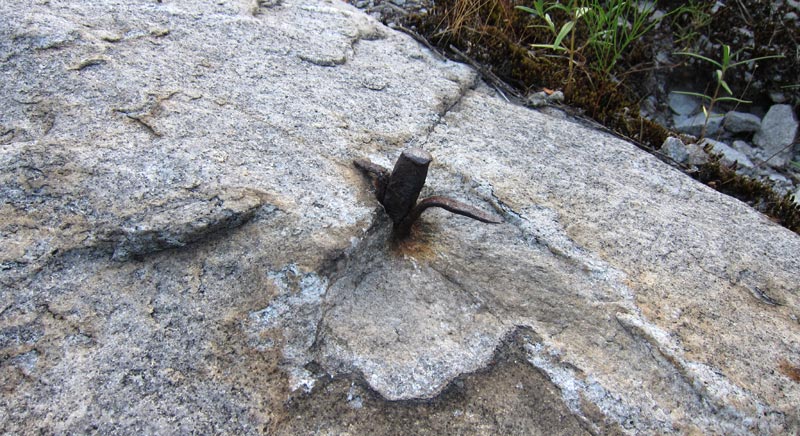 The following picture shows how the wedges were used to split the stone.

A working platform can be found near some of the largest quarries. 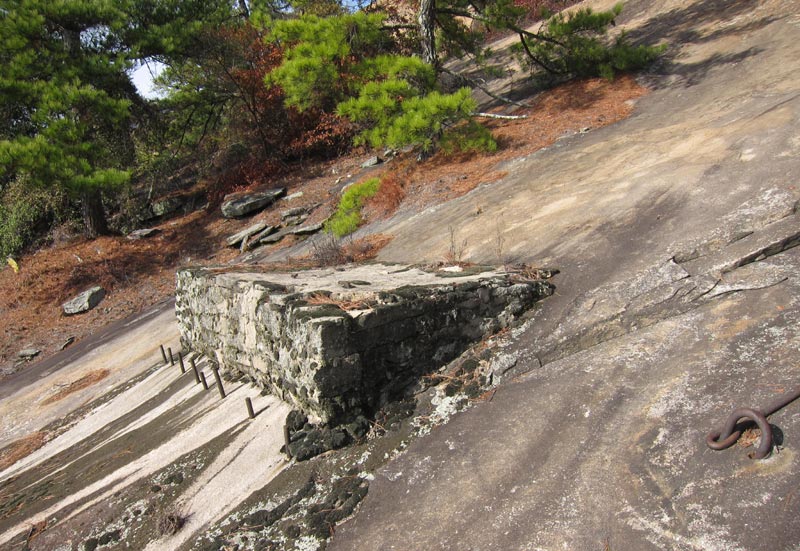 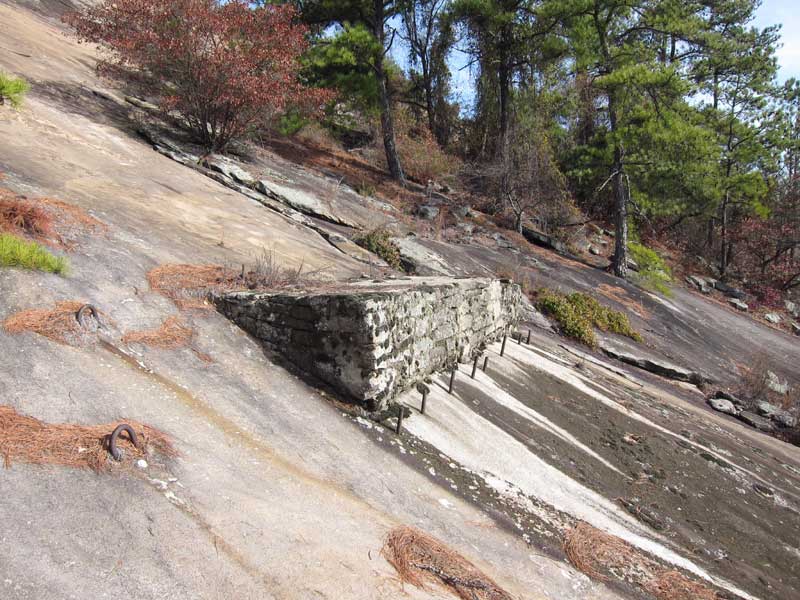 Here's a small remnant of the railway used by the quarry industry. 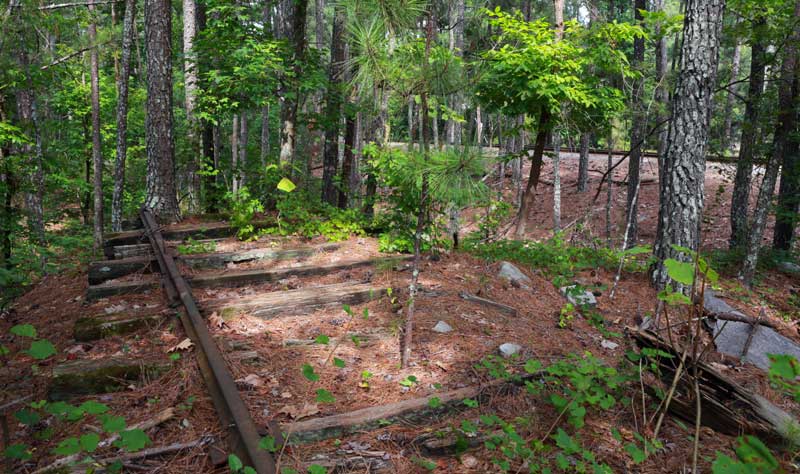 Another rail remnant, this one with two rails. Many loose crossties can be found nearby. 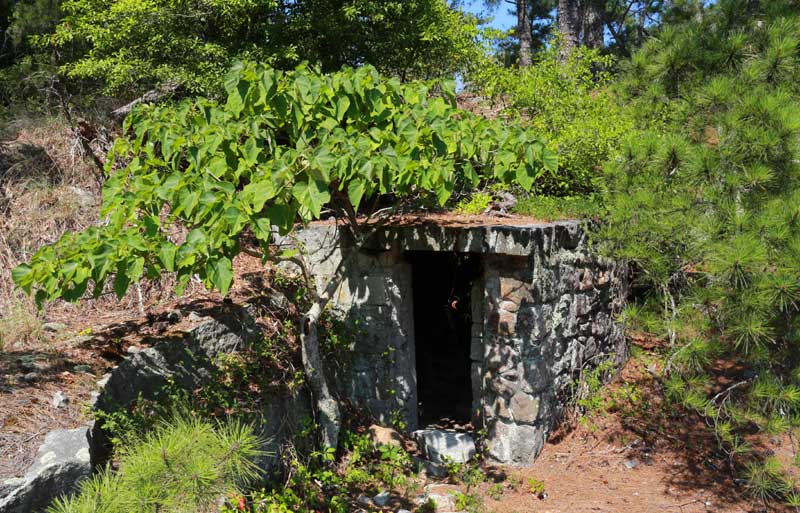 It has a huge, one-piece granite roof. 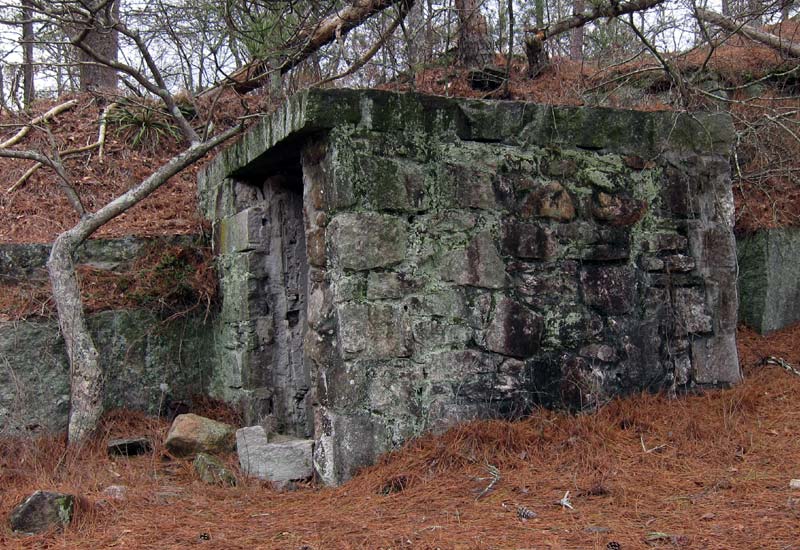 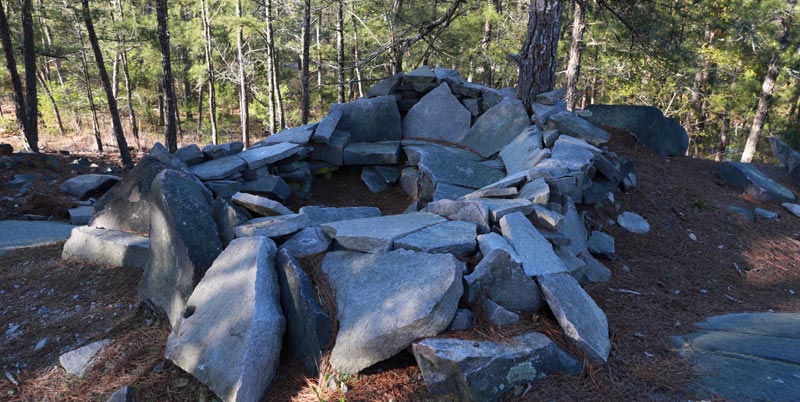 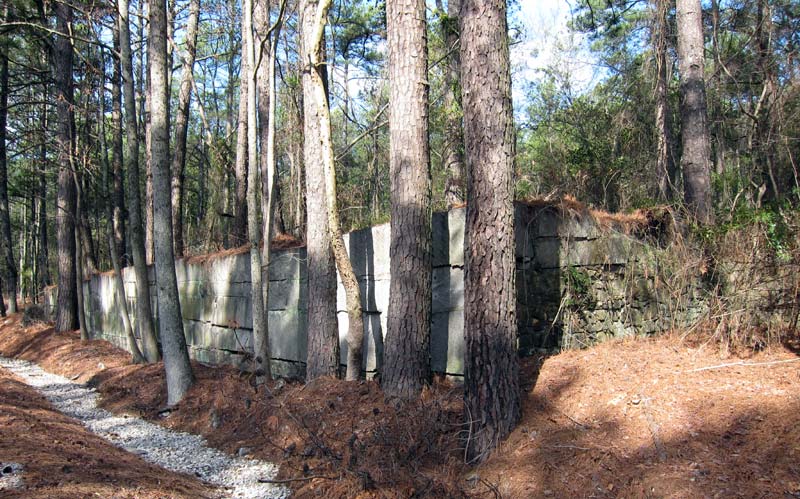 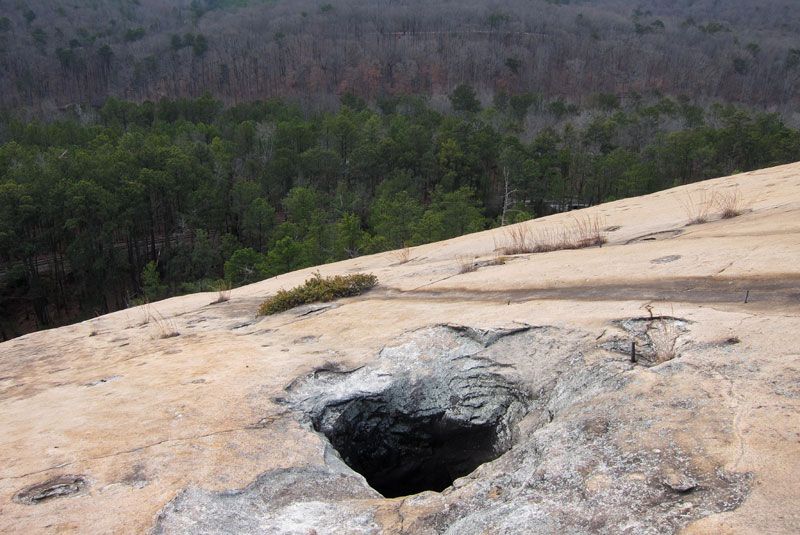