Stone Mountain has two large lakes in addition to several smaller ones. Boating is very popular on the lakes, and so is fishing. All of the large lakes are man-made. 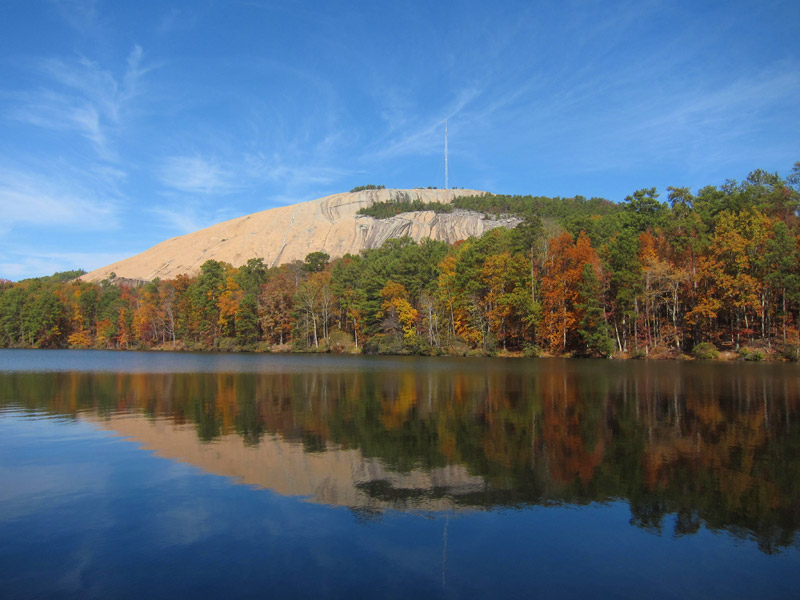 Starting on the south side of the mountain and proceeding in the direction that water flows, the first significant lake is called Howell Lake, named for Hugh Howell. 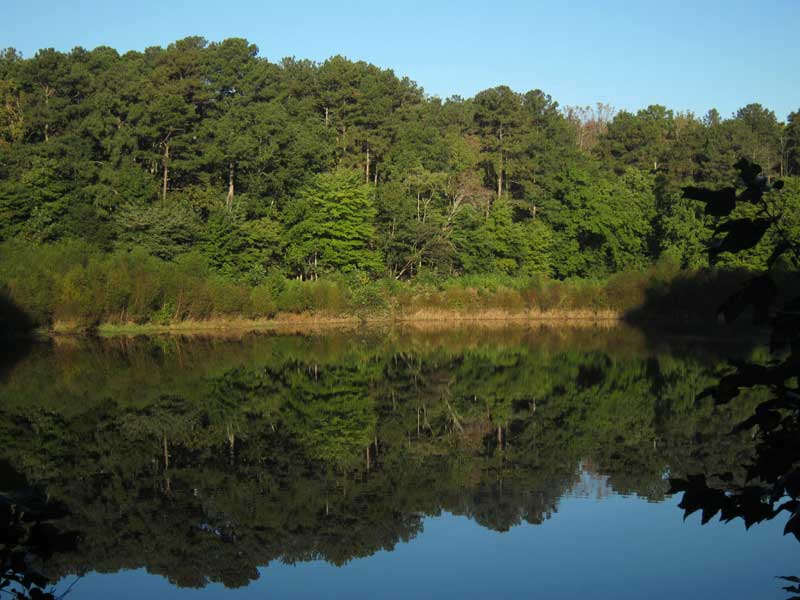 Water from Howell Lake flows under a Cherokee Trail bridge and into a slightly smaller lake called Catfish Pond. 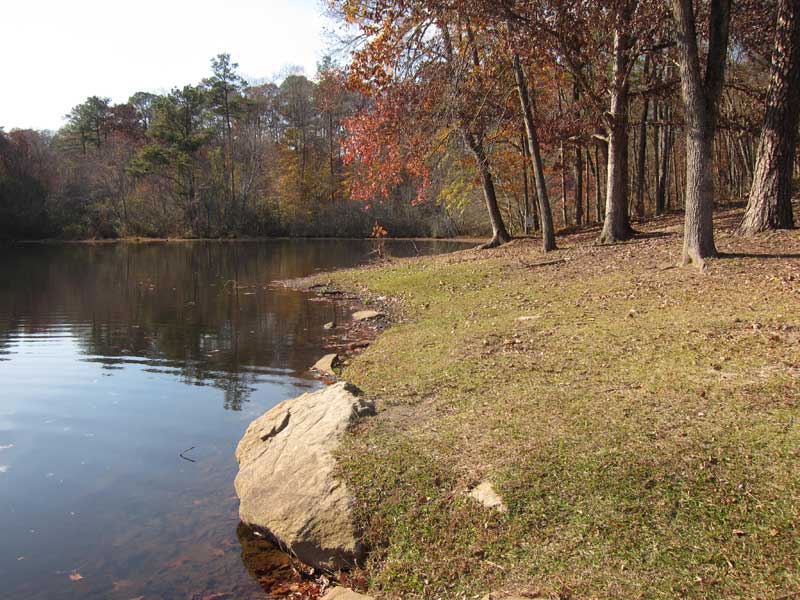 From Catfish Pond, the water goes under Stonewall Jackson Drive and into Venable Lake, named for the Venable Brothers. Venable Lake is the second-largest lake in Stone Mountain Park. 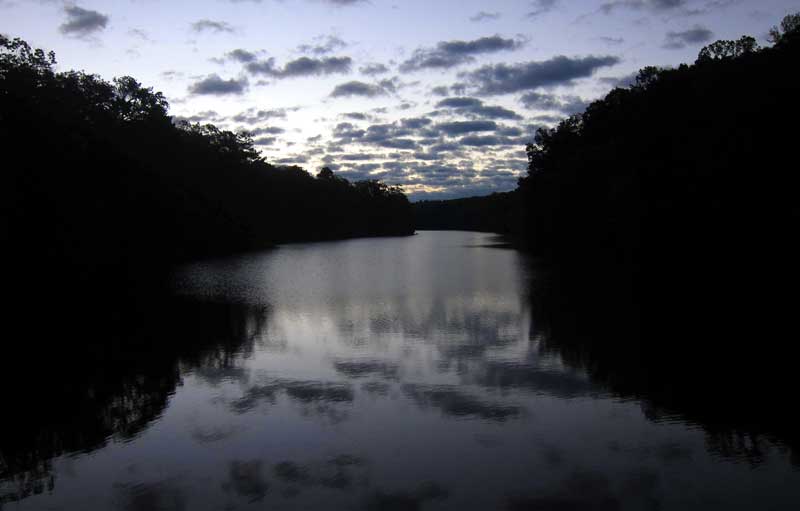 The water continues from Venable Lake across a dam and into Stone Mountain Lake. The Cherokee Trail follows this dam. 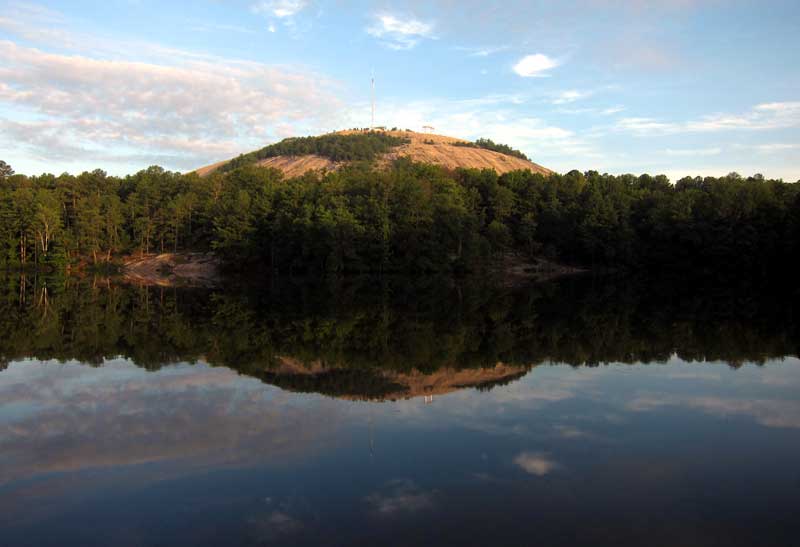 The 323-acre Stone Mountain Lake is by far the park's largest lake. It is about eight feet lower than Venable Lake. It runs from the north side of the mountain to the south, encompassing nearly half of the mountain. It has three islands including Indian Island. (The other two islands are inaccessible.) Stone Mountain Lake is fed from the north as well as via Venable Lake from the southwest. It drains via a spillway to the south. 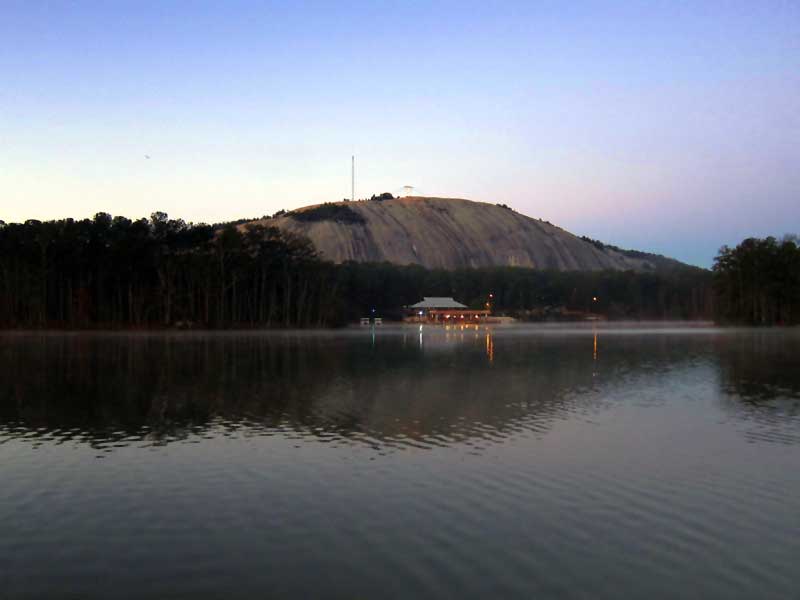 Several ponds have been formed by quarrying. They are known as Seasonal Quarry Ponds. The water level in these ponds varies with the weather. 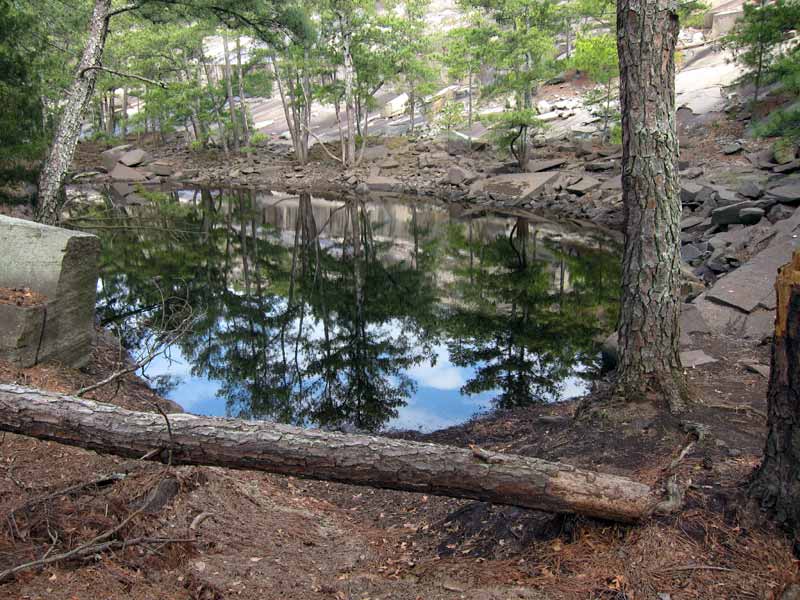 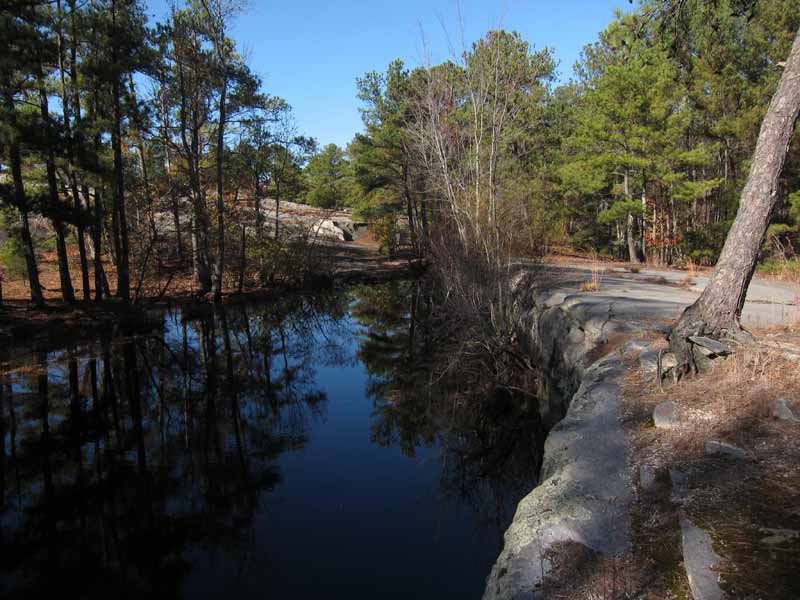 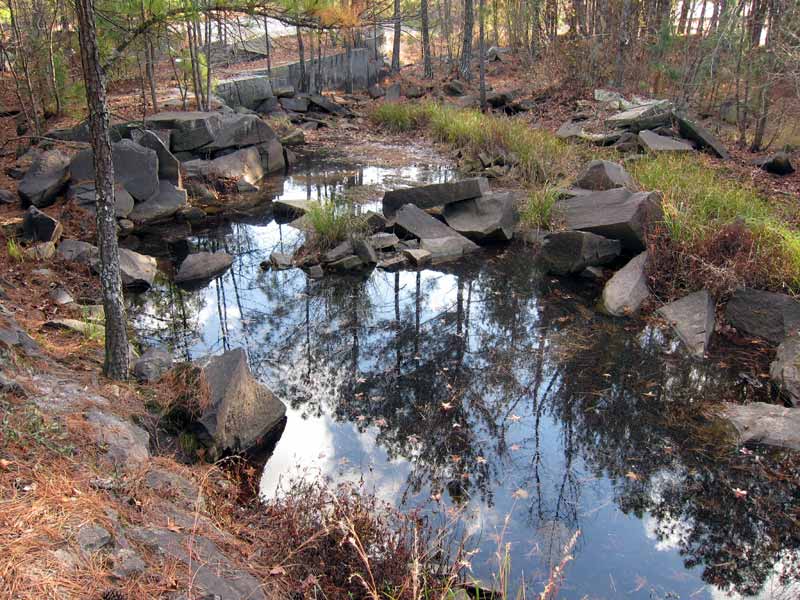 Finally, there is a reflecting pool at the base of the carving. 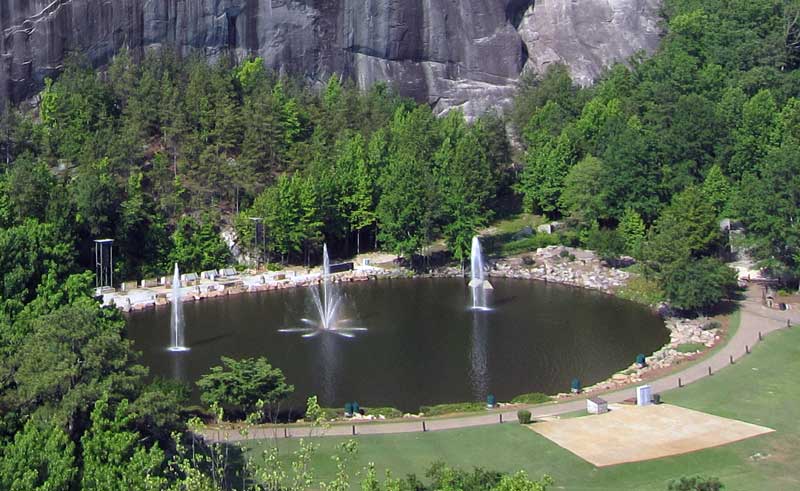 There was once a reflecting pool at the summit but this is all that's left of it. 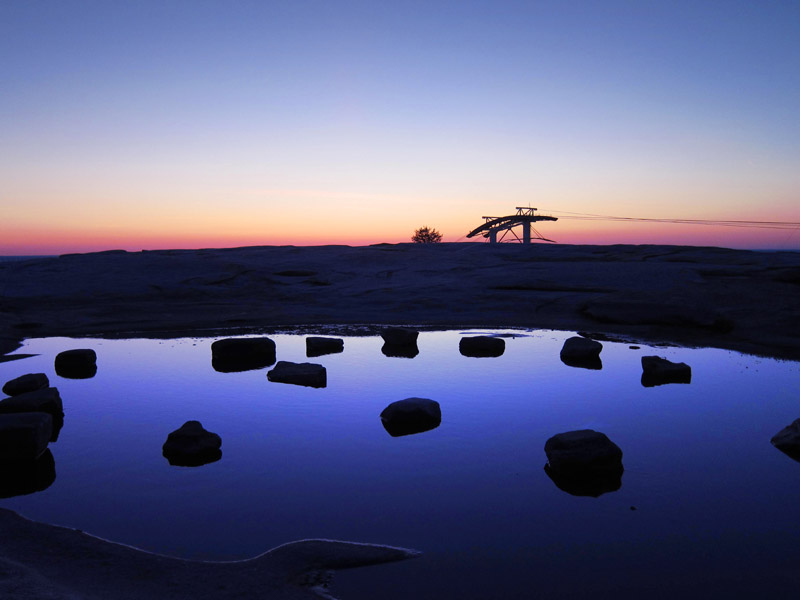