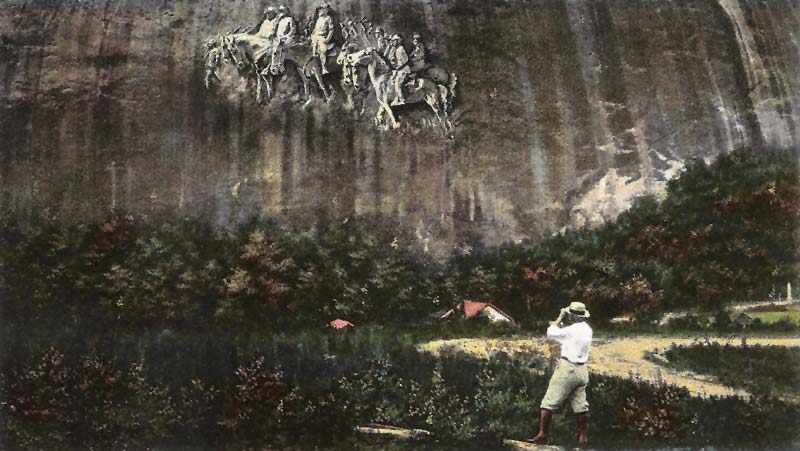 Gutzon Borglum viewing a projection of his design 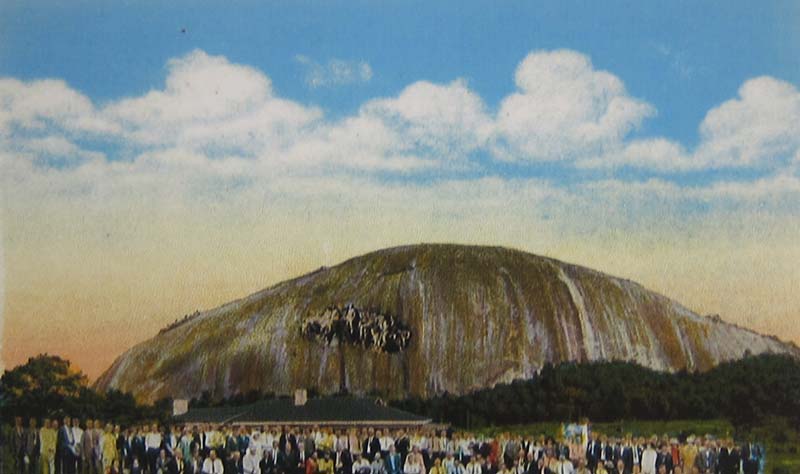 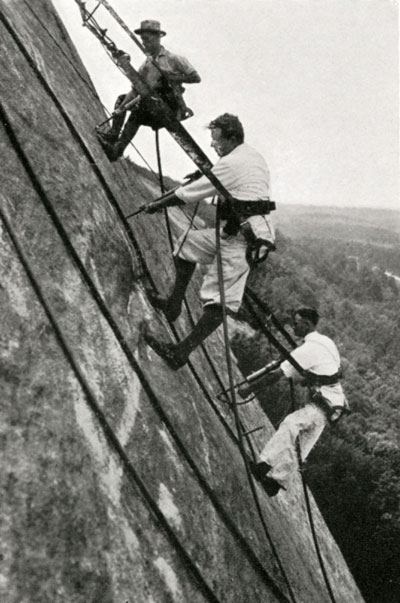 Members of Borglum's crew. Note the angle of the mountain. 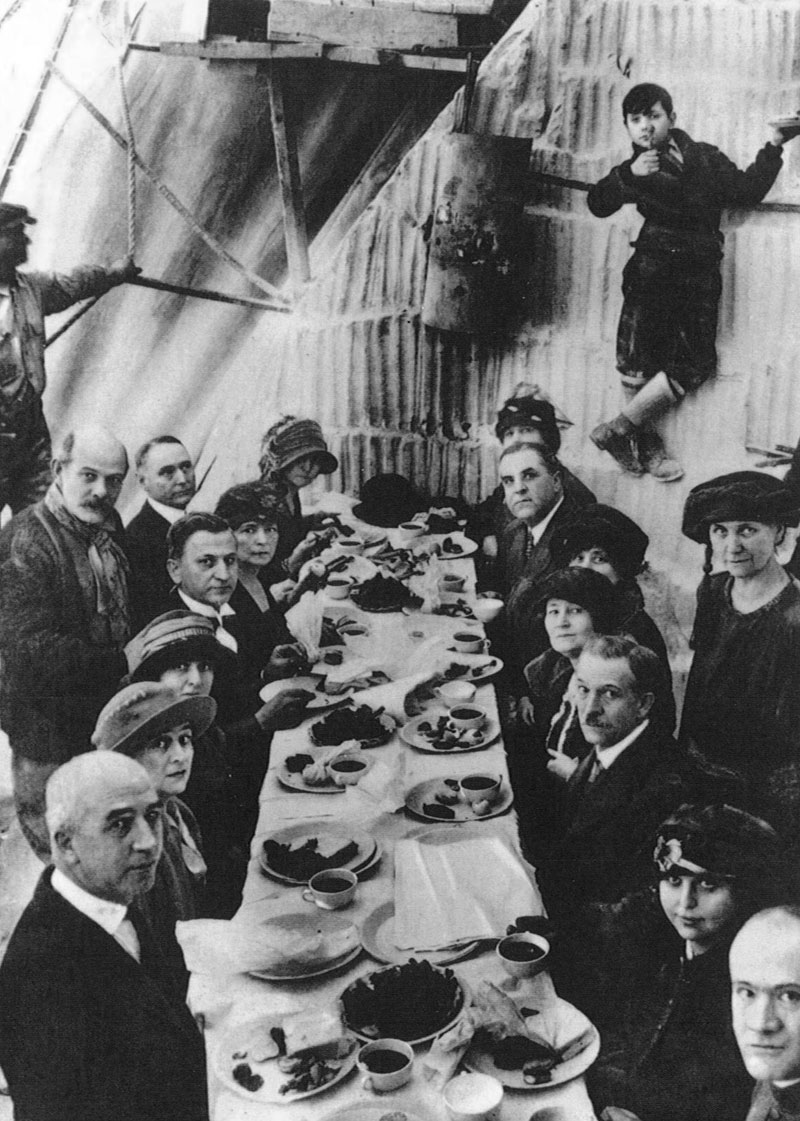 Borglum's luncheon on Lee's shoulder. Gutzon Borglum is at the left and his son, Lincoln, is at the upper right. 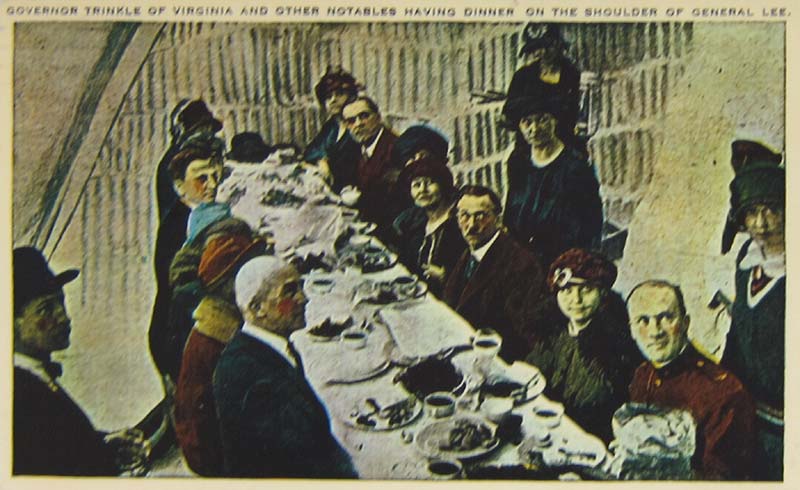 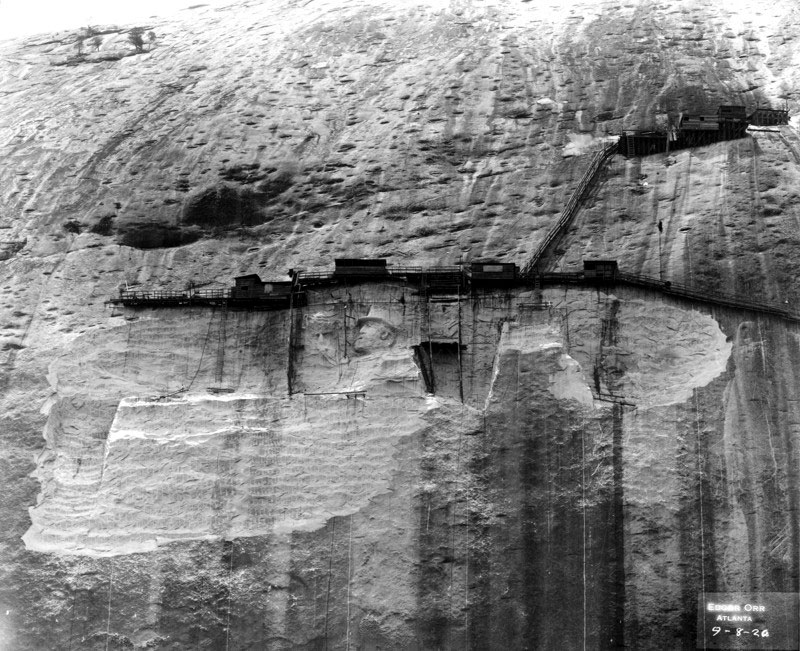 This 1924 photo shows how Borglum left the carving. 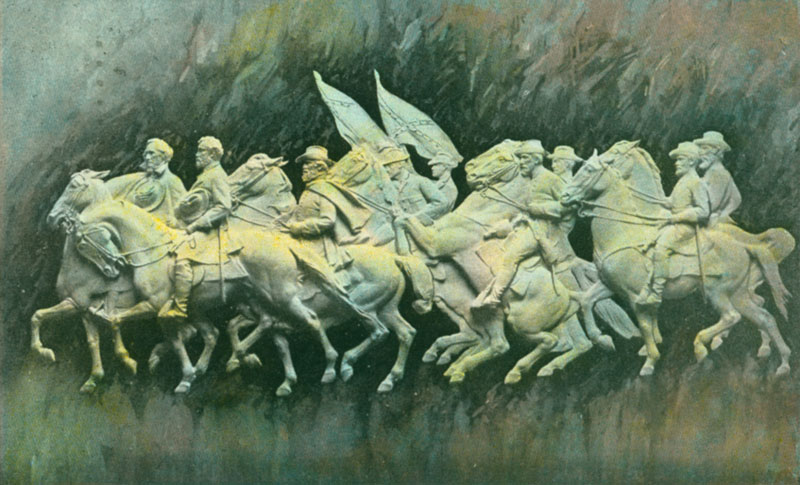 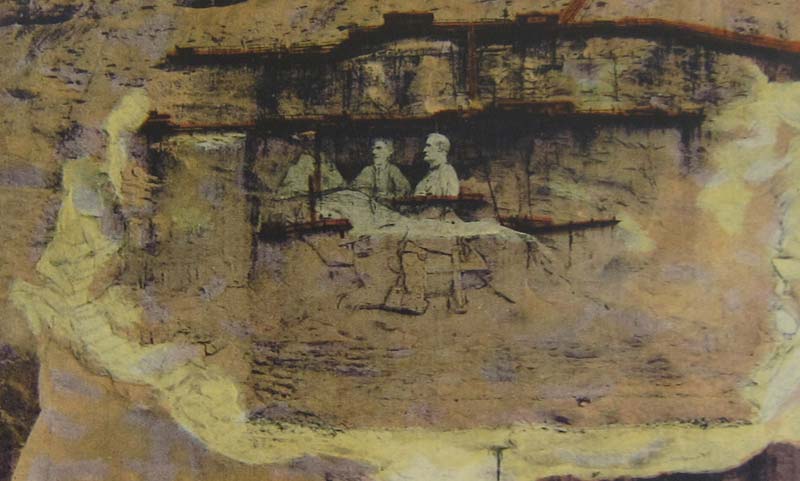 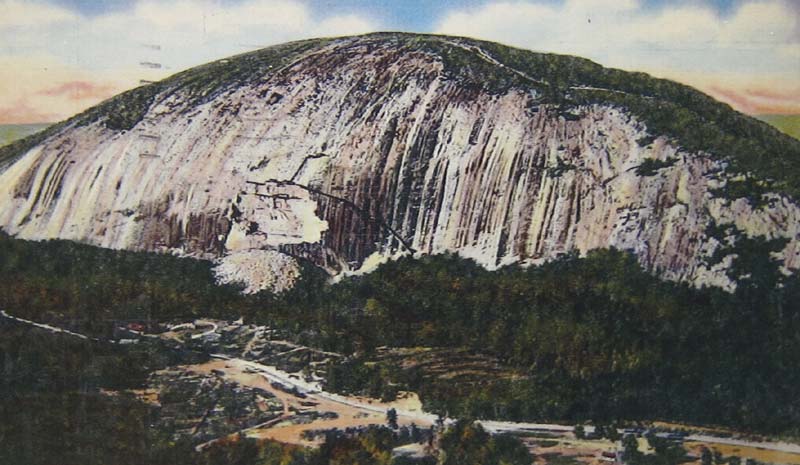 Ladders from both top and bottom of mountain 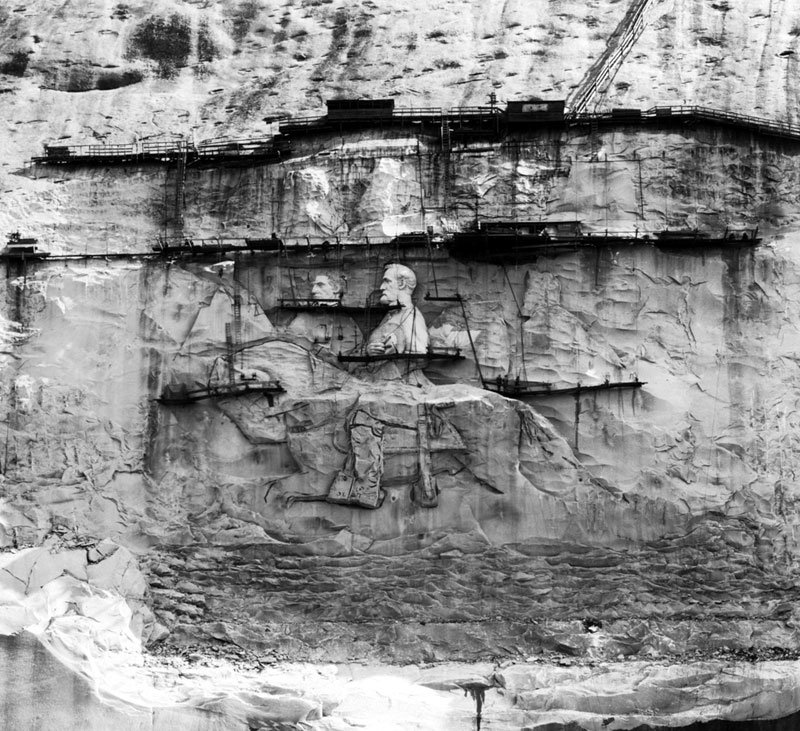 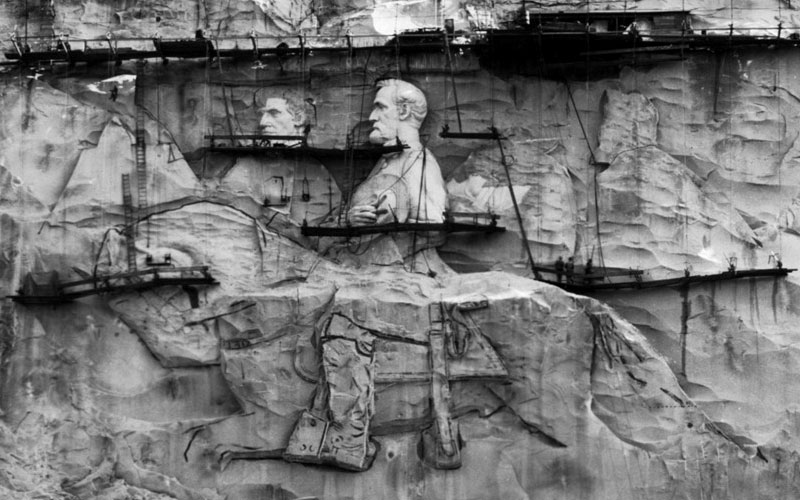 The original head of Jefferson Davis 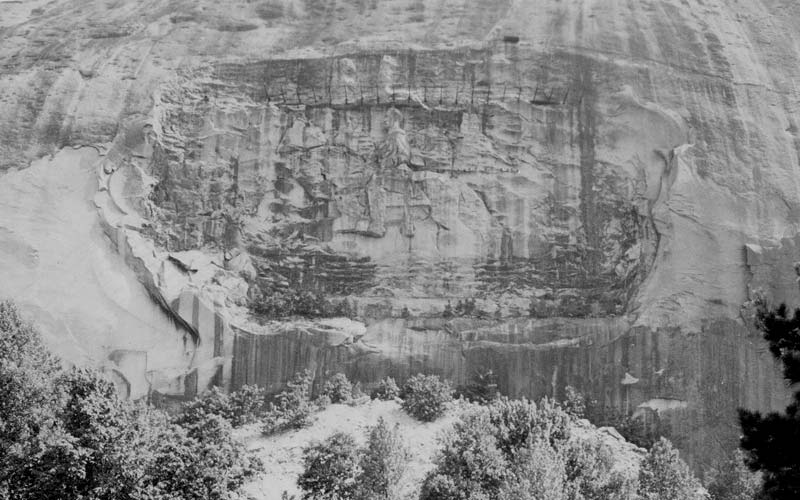 Lukeman's unfinished carving as it sat for thirty-five years 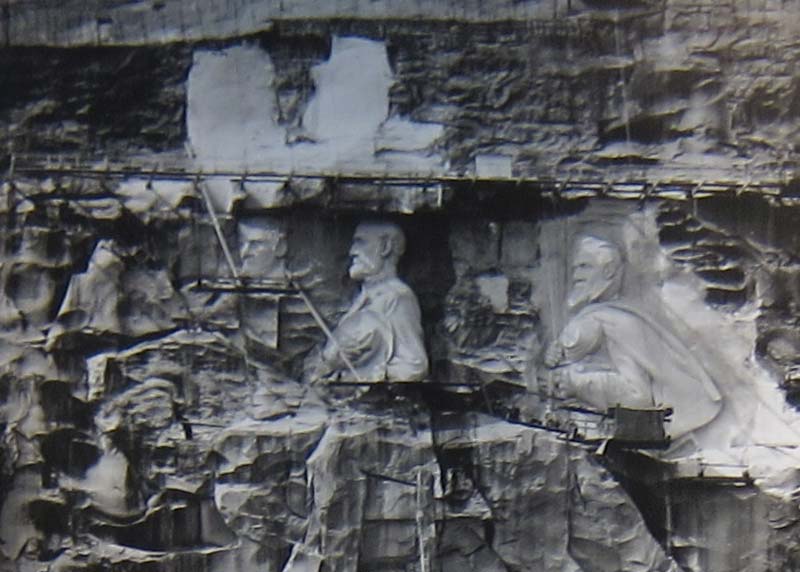 Hancock's first task was the carving of Stonewall Jackson in 1964. 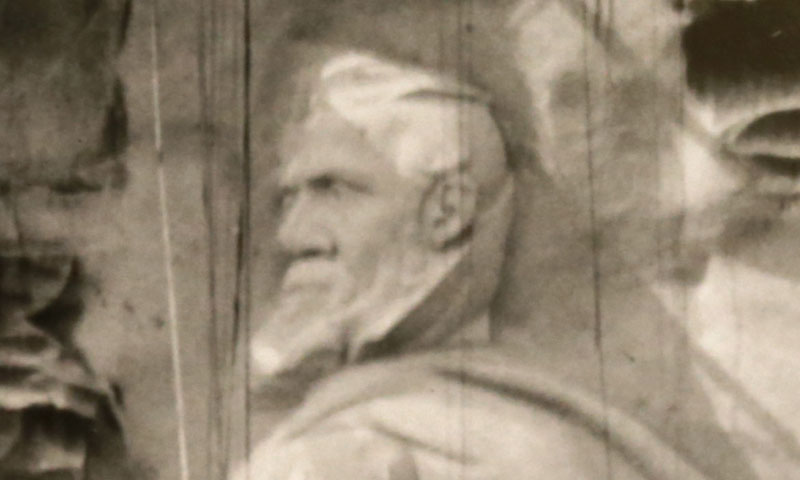 Close-up of Jackson before patching.

Elevator visible to right of carving 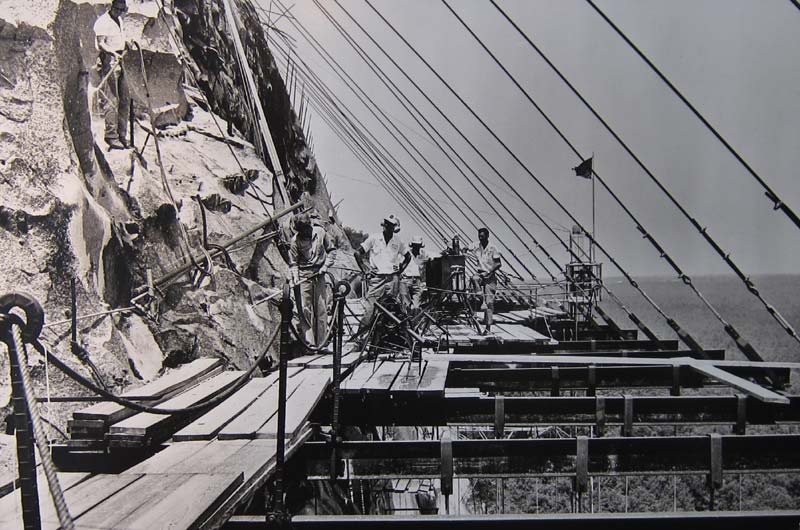 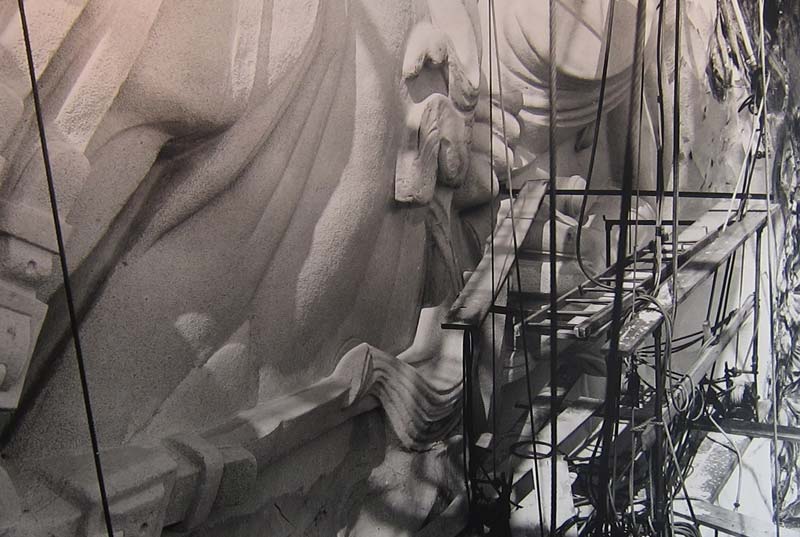 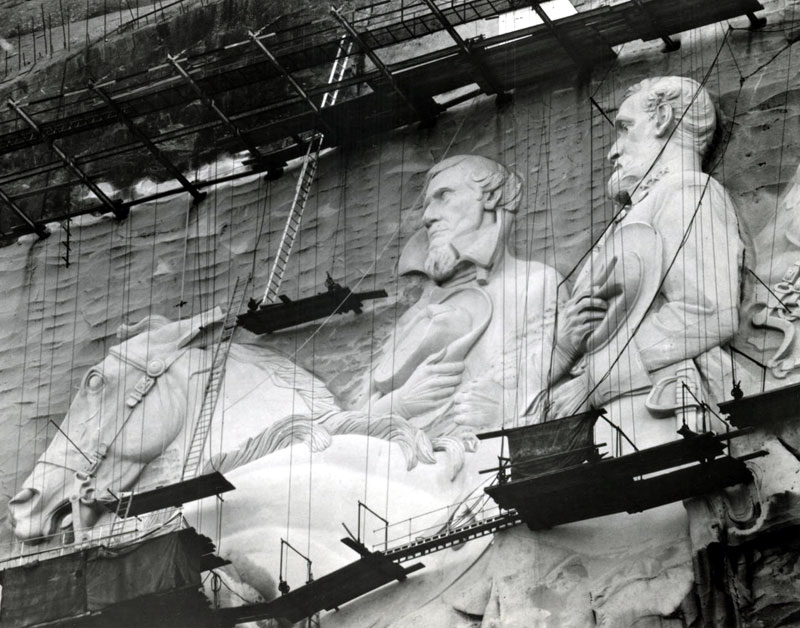 Working on Traveller's head patch as the carving nears completion 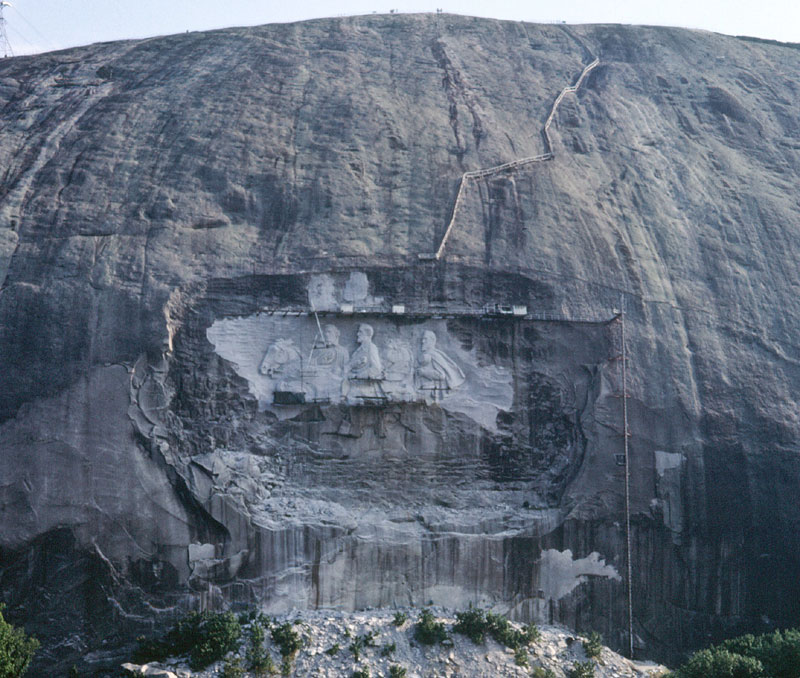 Three ways to reach the carving