The 1925 Stone Mountain Memorial half dollar coin was designed and produced as a means of fundraising for the carving. 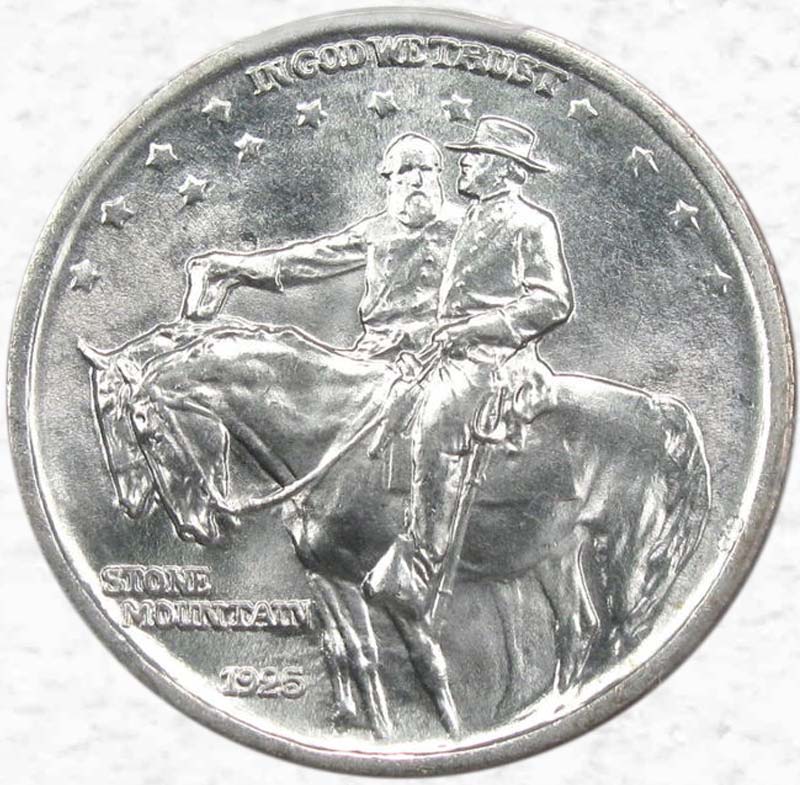 The coin was designed by Gutzon Borglum and was made at the Philadelphia Mint. The head of the coin features Robert E. Lee and Stonewall Jackson.